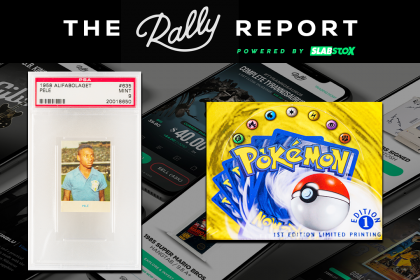 Welcome back to this weeks SlabStox Rally Report, sponsored by Rally. Rally is a platform that allows users to buy and sell “shares” of hundreds of collectible assets. Last week on Rally, the 1957 Topps Ghost Mantle increased its market cap by 35%, and this week we’re stepping one year forward as our highlight of the week is the 1958 Pelé Alifabolaget Rookie Card PSA 9, currently valued at $378,000! If you missed last week’s video, be sure to check it out to hear how Rally works!

The first card we’re discussing this week is none other than the Pelé 1958 Alifabolaget rookie card PSA 9. This card is extremely interesting as it is Pelé’s most widely recognized rookie card, and the rarity due to the low PSA population report.

Back in the fifties, each baseball player had one or two cards each year. Mickey Mantle had the 1952 Bowman and 1952 Topps, but someone like Hank Aaron only had the 1954 Topps rookie card. There were not many options, which centralized the demand. When it comes to Pelé cards, there are multiple options for 1958 including both cardboard cards and also stickers which would be glued into albums. These stickers would need to later be cut out to get graded. The Alifabolaget card is the most desired of the bunch, as it was released in Sweden with a low production run in congruence with the 1958 World Cup held in Sweden. It also features a full-color image and appealing portrait photo.

The PSA 9 grade is the highest grade for this card by any grading company. There are only six total PSA 9s and zero PSA 10s for this Pelé. In total, there are only 90 graded by PSA, and another eight graded by SGC. When you compare its pop reports to other iconic cards, it really stands out. Considering the 1952 Topps Mickey Mantle with 563 graded by SGC and 1,794 graded by PSA, it is clear how exclusive it is getting your hands on this 1958 Pelé. Now, the Mantle is one of the most iconic cards of all-time next to the Honus Wagner T206 and ‘86 Fleer Michael Jordan, but this Pelé has huge chops in the “GOAT” market.

When you talk about baseball history, it’s nearly impossible to talk about it without bringing up Lou Gehrig. A legend in his time and an even bigger legend today, Gehrig was one of the greatest players to ever play baseball. The “Luckiest man in the world” has his name littered across the record books. He’s top twenty all time in career batting average, top five in On base percentage, top three in slugging percentage and has the second longest consecutive games played streak at two thousand one hundred and thirty. His career stats are actually comparable to Barry Bonds… the only difference is he certainly didn’t use steroids. All of these on field records along with his off the field health concerns lead to the Yankees making him the first player in MLB history to have his number retired, which they did on July 4th, 1939.

Take yourself back to 1999. If you’re sitting here thinking about school recess right now, there’s a good chance that might’ve involved Pokémon trading cards in some capacity. That was the year the first English Pokémon set was released by Wizards of the Coast, and this particular box, the 1st Edition Booster Box, is the holy grail of sealed boxes. While these boxes are extremely collectible when kept sealed, opening them can lead to viral moments. When the interest of Pokémon cards exploded in 2020, some of these boxes got opened on video, leading to millions of views for different creators like Logan Paul, PokéRev, and Leonhart.

For anyone not familiar with Pokémon cards, the biggest chase in this set is the Charizard 1st Edition Holo. The fiery beast is recognized as one of the most popular Pokémon of all-time, and is depicted on the outside of the box. Two Charizard 1st Edition Holo PSA 10 copies recently sold on the same day in September – one through the PWCC Premier Auction for $252,000 and one through Goldin Auctions for $270,600. Other chase cards from the set include the Blastoise, Venusaur, Gyrados, and Mewtwo 1st Edition Holos.

Kobe Bryant is one of the most loved and revered basketball players of all-time, even though that might not have been the case during his playing days. He was a 1 of 1 on the court with his ferocity and scoring prowess, and he was a 1 of 1 off the court with the way he attacked other interests like writing and fatherhood. With his Mamba Mentality, he was never to be out worked and never settled for second best.

Pelé, Gehrig, Charizard, and Kobe. Nothing describes these figures more than “GREATNESS.” Whether it’s a card produced in Sweden or a sealed box of fictional characters, these items are some of the best of the best, and that’s the beauty of fractional investing. Thank you everyone for tuning into another SlabStox Rally Report, and we will see you all in the next one. 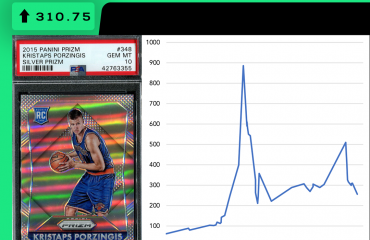 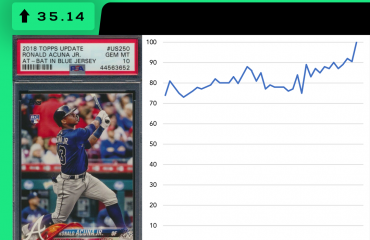