The Statistics that Drive the 2018-19 Prizm Rookie Market 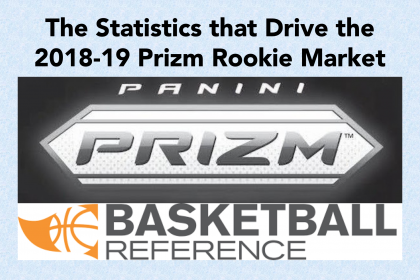 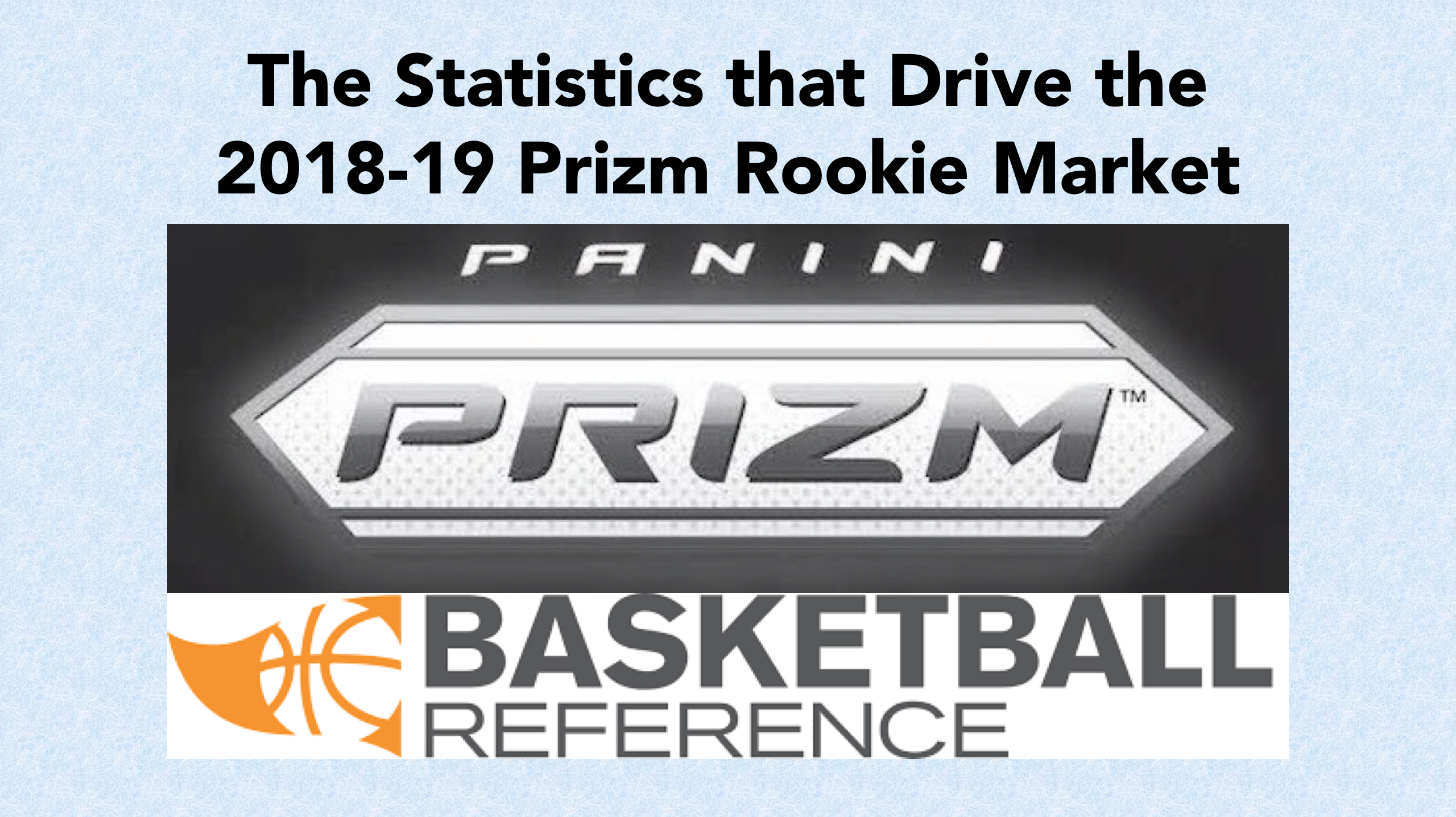 When researching basketball players to invest in, there are a few avenues you can attack. Do you go the route of browsing ESPN’s leaderboards and checking out the classic points per game, rebounds per game, and assists per game, while sprinkling in a couple different shooting percentage metrics? Or do you go the route of advanced statistics with Win Shares, PER (player efficiency rating), VORP (value over replacement player), and OWS (offensive win shares) through basketball-reference.com?

Neither is a wrong answer, but for the sake of taking a deeper dive into what statistics may drive the Prizm RC market (even if you don’t know it), I have compiled a series of scatter plots and correlations based on the top twenty 2018-19 rookies (based on the above advanced statistics, and only including players with Prizm RCs) in relation to the Prizm Silver rookie price of each of those players.

In the first part of the article, I will show the graphs with Luka Doncic and Trae Young included in the top twenty. A brief description of the statistic will be provided, as well as the #1 and #20 player per category. In the back half, the graphs will be without Doncic/Young. More to come on that later.

Luka and Trae Included (ranked from weakest correlation to strongest) 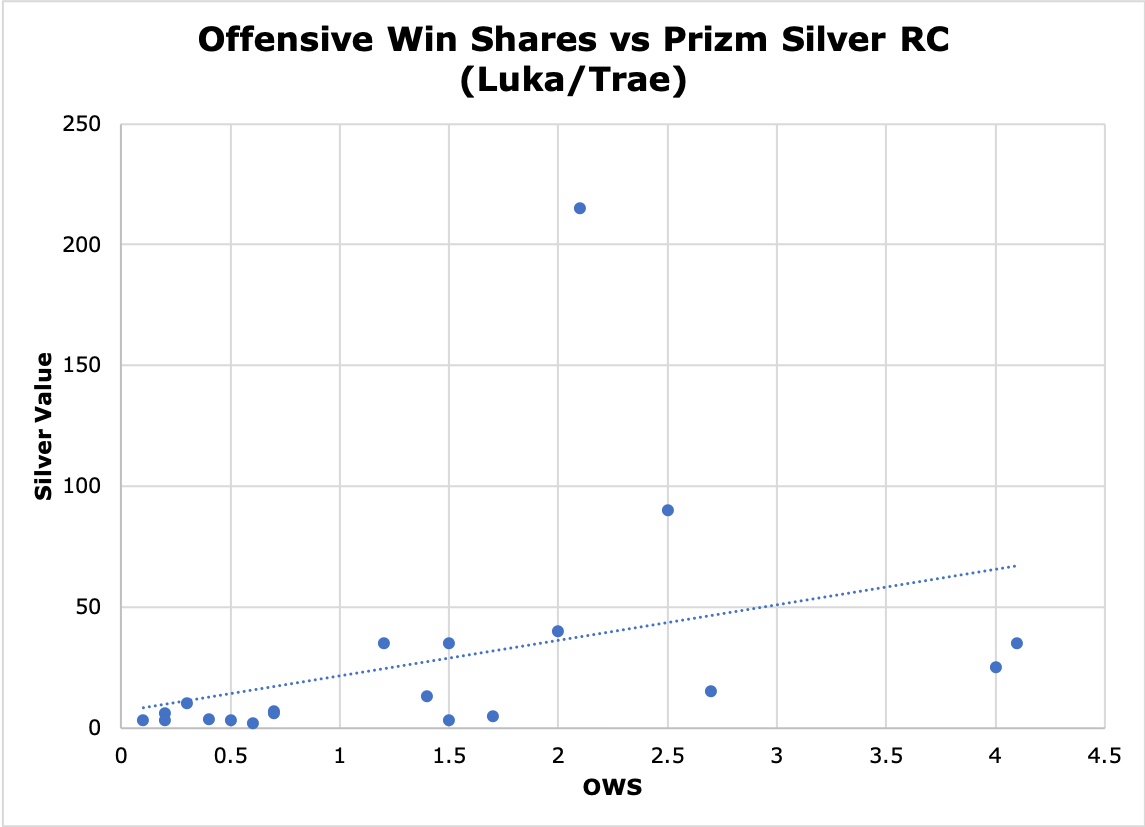 The trend line looks like it’d be strongly correlated, until you notice Luka is only at 2.1 OWS and his Prizm Silver RC price is way higher than others with a 2 OWS, leading to the low/moderate correlation. 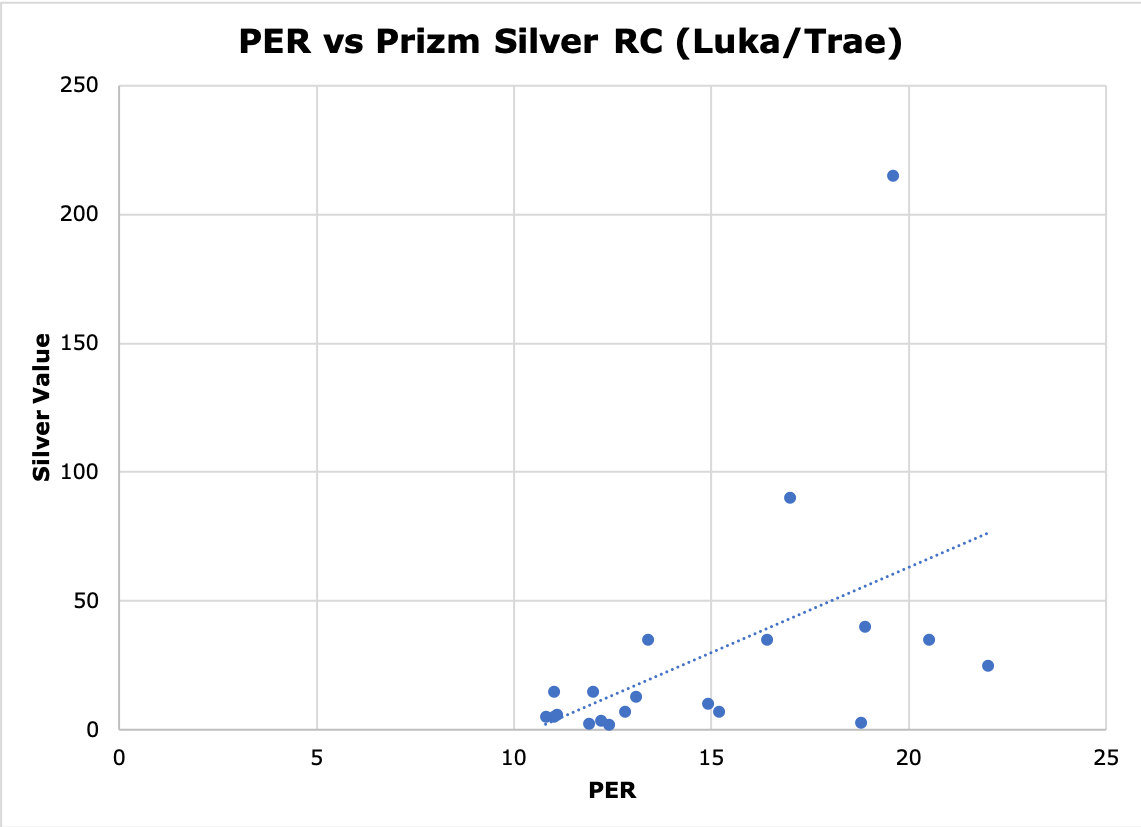 Generally, this number gives big men an advantage as they gain PER at a higher rate through their defensive production and high efficiency around the rim. Because of big men have a better chance to be higher on the PER list than elsewhere (Robert Williams at #5), it hampers the correlation to 0.49.

Read more on how PER is calculated. 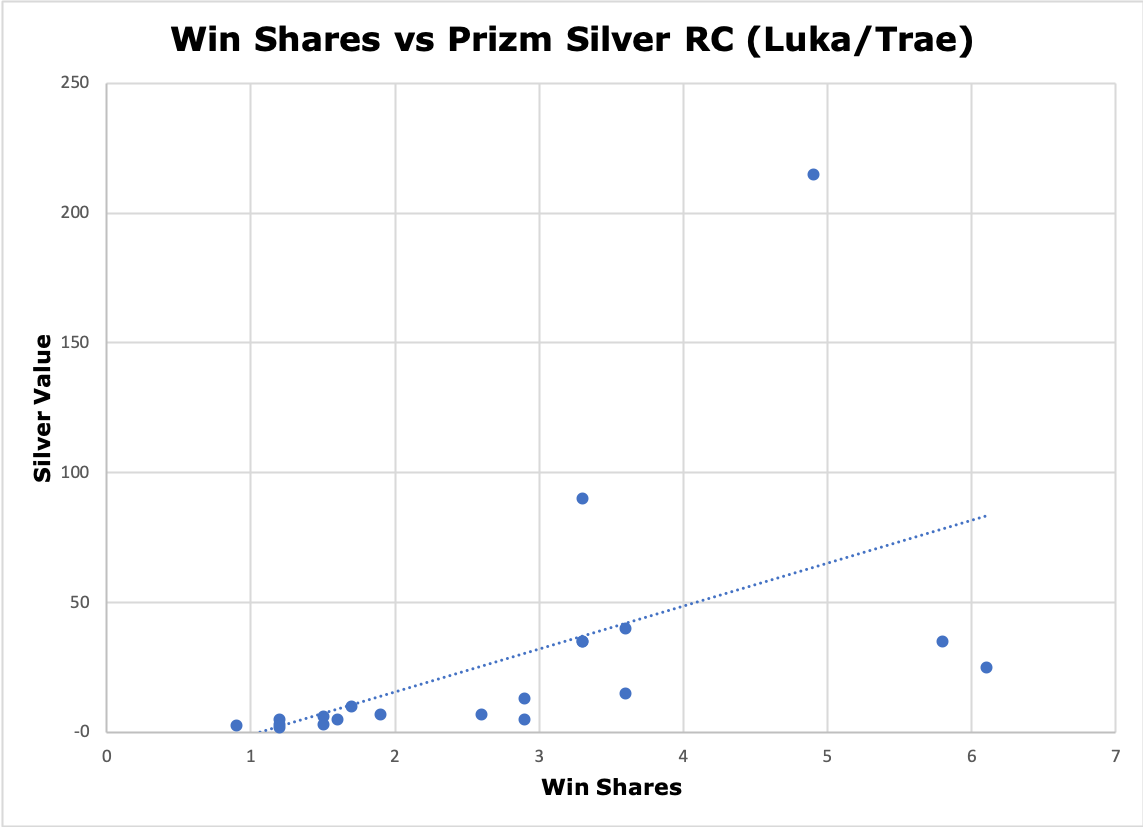 Win Shares is the total statistic that OWS and DWS combine to make. The logistics are the same as OWS, but it counts defense into the value the player provides to the team in direct correlation to wins. 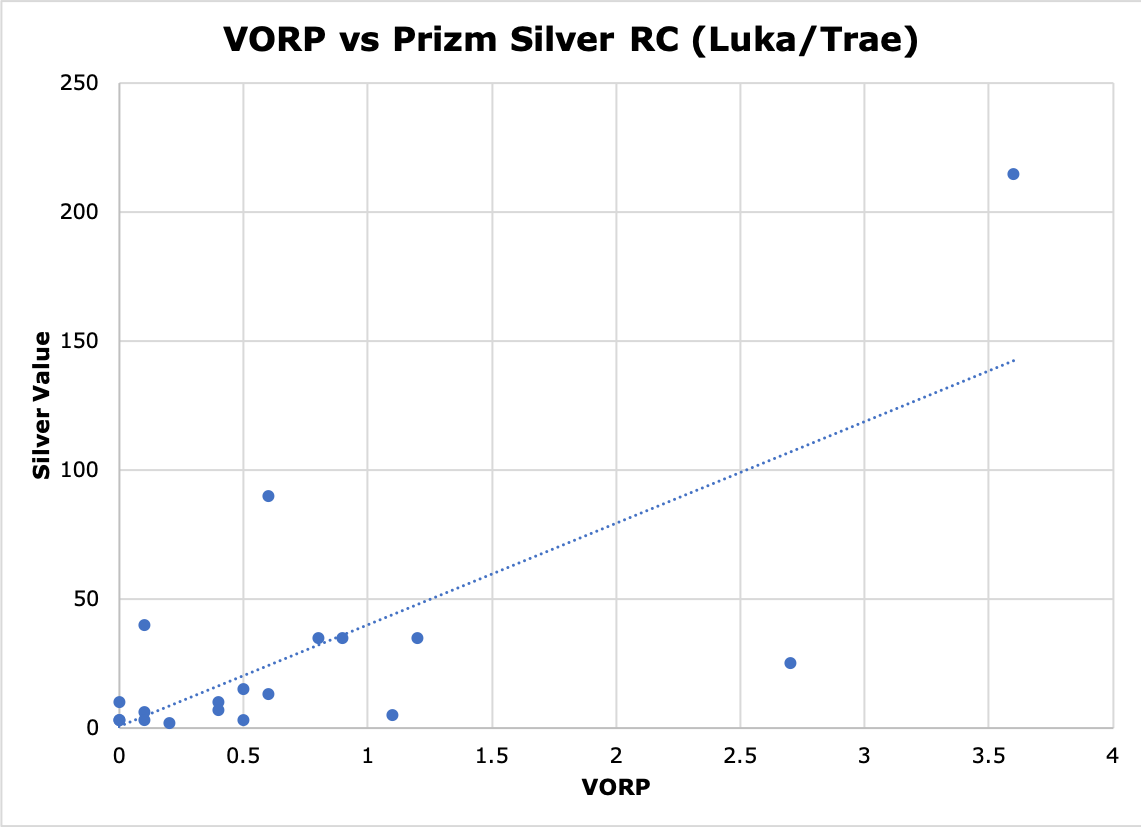 According to Basketball-Reference, “VORP is a box score estimate of the points per 100 TEAM possessions that a player contributed above a replacement-level (-2.0) player, translated to an average team and prorated to an 82-game season. Multiply by 2.70 to convert to wins over replacement.”

Basically, the difference between VORP and WS is this. VORP is in relation to other players around the league, while WS is in direct relation to the number of wins they contribute to their own team.

It is clear why VORP is the highest correlation at 0.74, and that is because Luka is #1 with 3.6, which is proportionally much higher than other players (aside from Mitchell Robinson at #2).

After looking at these statistics ranked, we should comfortably be able to say that VORP is the best advanced statistic out of these four to look at for correlation to the 2018-19 Prizm RC market; however, don’t be so quick to judge.

Left: Before, Right: After

Since Luka Doncic and Trae Young’s prices are so high proportionally to their individual statistics (most likely due to high values based on potential), it skews the correlations that include them. If we wanted to look at the larger group, taking out Luka and Trae Silver values will create new outputs.

All it took was two players removed to flip the entire script of these statistics. At first it was looking like VORP was the clear best choice, and without Luka and Trae, it becomes the worst.

Even more so, the lowest correlation from the first half of this article (OWS) ended up having the largest change in correlations, +0.27.

So what does this all mean?

This means exactly what it looks like. There is no perfect statistic to gauge how the Prizm RC market will shift, but that doesn’t mean this information isn’t helpful. If you want to chase after some of the top rookies from the class, take a stab at checking out VORP to help with decision making. If you’re looking for some of the mid-tier rookies, Win Shares could be more helpful. For the players that aren’t the top rookies, they could gain more in price by contributing to their team success than by being a star (which they won’t be).

If you want to play around with a bunch of different statistics, check out the Basketball-Reference Player Index, which is how I got all the statistics for this article.

In the next basketball article, I will take a look at how past rookies who lead in VORP and Win Shares progressed through their careers. 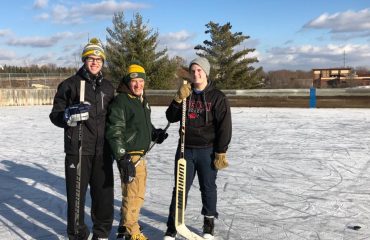 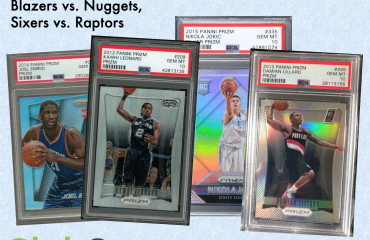 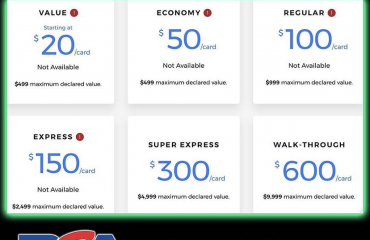