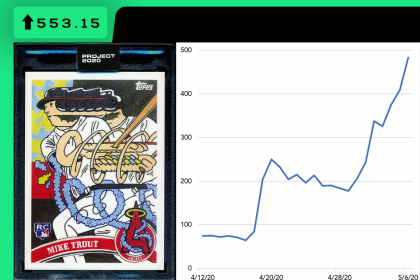 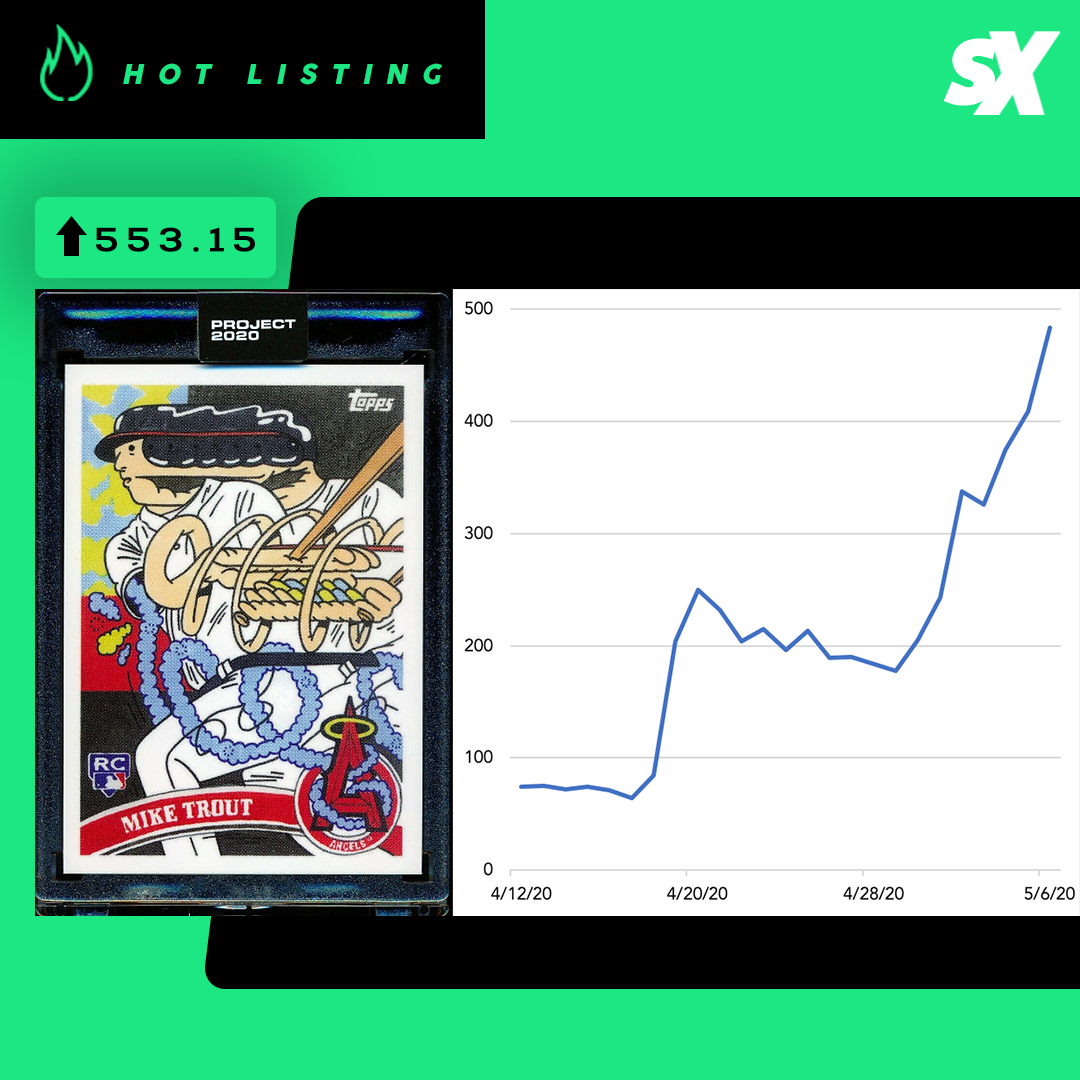 Why you ask? This card was the first Mike Trout Project 2020 card released, and it has a print run of 2,911. Two days ago, Topps announced the print run of the third Trout released (by @benballer), and it was a whopping 34,950. The result was the next big price hike for the card, jumping over $100 in two days.

This set has been a huge success for Topps. We made a video on this a while ago describing the set and how to purchase the cards, and there was quite a bit of people against the set. Has the recent price movement on this Trout by @ermsy changed your opinion? 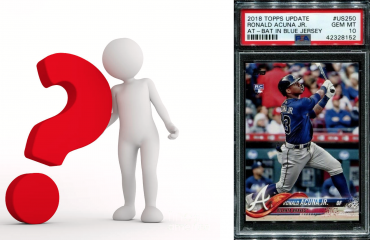 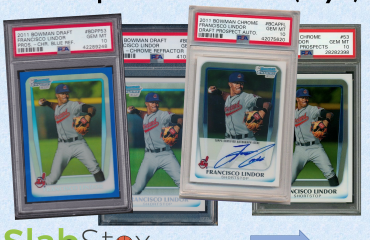