The Bowman Chrome market has been elevated in recent years by the international side of baseball (think Soto 2016, Acuna 2017, or Dominguez in 2020). This year’s  2022 Bowman Chrome release is no different, though it has an added benefit—extreme youth. Of the 110 prospect autos in the release, 44 are of players in their teens. Of those 44, 37 are international signees and some of the biggest names on the checklist. This makes for a high-upside product; it also makes it a risky proposition.

One thing modern day prospect collectors like is youth. Prospects appearing in Bowman Chrome as 17- and 18 year-olds, many of whom haven’t played stateside baseball yet, are bought at astronomical prices relative to current competition and skill levels. It has become possibly the riskiest bet in sports cards. 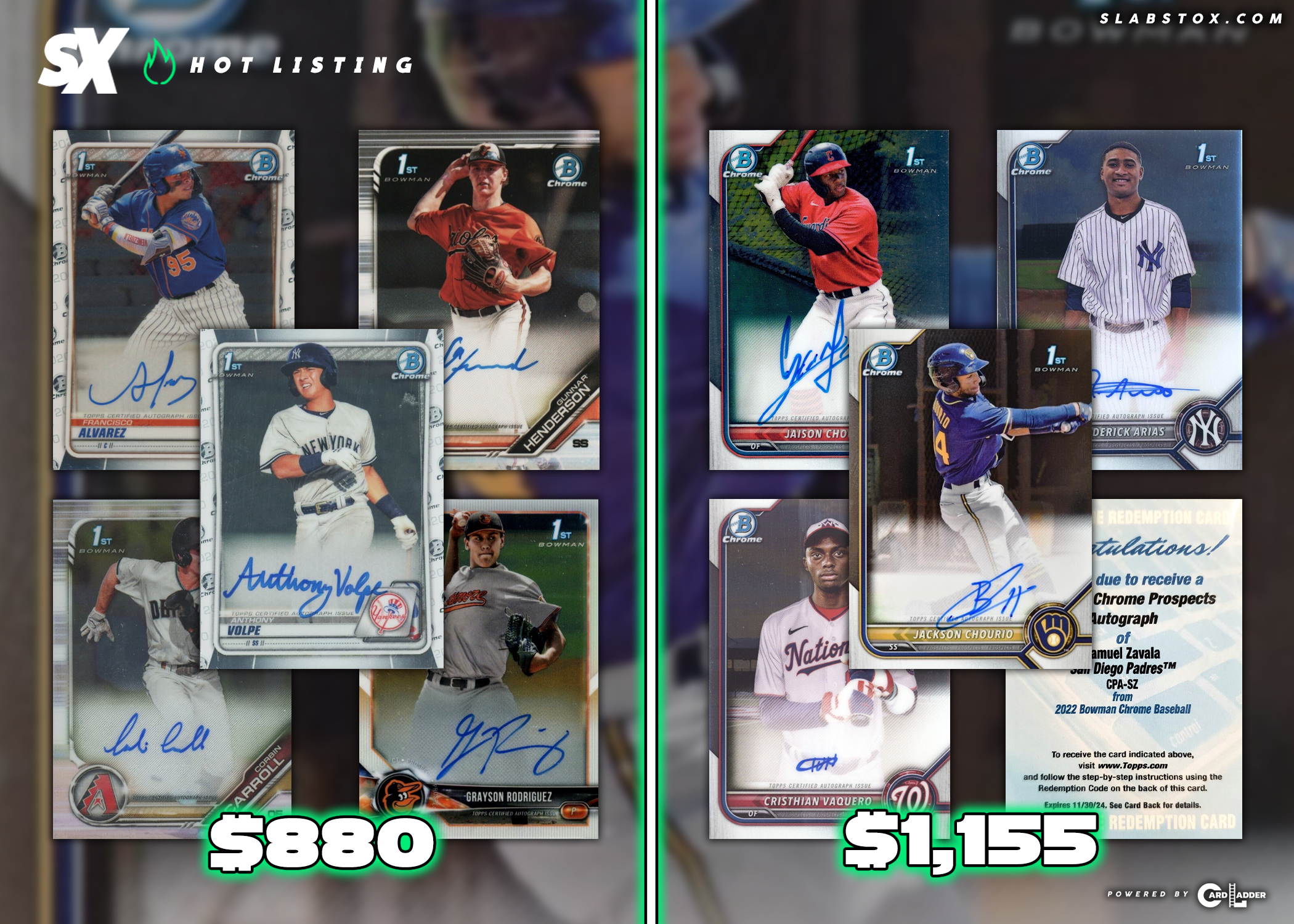 SlabStox Analysis: Of the five ’22 Bowman Chrome international players listed only one has played beyond A ball and three have not made it to stateside ball yet. Buying players at these prices, years away from contributing to a major league team (outside of Jackson Chourio), is why baseball prospecting has become the biggest gamble in sports.

Take a look at these ’22 Bowman Chrome base auto prices of the top-five teen international prospects: 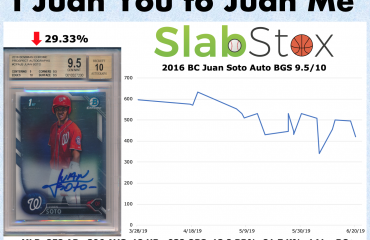 I Juan You to Juan Me