Your credit card is maxed out, but you just have to lock in another investment on Alex Kirilloff and can’t afford the 1st Bowman Chrome auto. You notice in your PayPal account you’ve got $25, enough to get you a 2016 Bowman’s Best Alex Kirilloff auto. Do you follow the crowd and ignore Bowman’s Best, or do you pull the trigger?

In 2015, the Bowman Baseball card line reintroduced a product for the first time in a decade. Bowman’s Best made its return, and this time it included prospect and rookie autographs. Every year, Bowman’s Best includes more autos than your normal Bowman box, but those autos sell significantly less. To put it into perspective, today a Vlad Jr. 2016 Bowman’s Best auto sells for around $300, and his 2016 1st Bowman pulls in around $800.

Personally, I do not buy much Bowman’s Best, so there is no bias here. All I’ve bought are a couple of Cody Bellinger rookie autos since I thought 2017’s design was top notch. However, I got a question in Sunday night’s livestream asking if anything other than 1st Bowman autos and non-autos are worth investing in. That brought me to do some research on Bowman’s Best prospect autos.

SlabStox looked at three different prospects: Vlad Jr, Keston Hiura, and Alex Kirilloff. I decided to only share graphs and analysis on Kirilloff, since the narrative stays the same with the other players.

First, I determined a consistent timeframe. Alex Kirilloff got insanely hot as the season went on, so for both products the data is from March 2018 to June 2018, and then from March 2018 to February 2019. The goal is to capture a major percentage increase and see how each react.

The 2016 Bowman Draft auto increased 221.93% in four months, an incredible increase. That amounted to around a $60 gain per base auto.

Maybe it is people wanting to get in quick and not having the expendable funds to grab a 1st Bowman for a higher cost? Let’s see what a 1-Year trend looks like, instead of a four-month.

The Vlad Jr. and Keston Hiura cases were not as drastic, but the Bowman’s Best still out paced the 1st Bowman.

Is it silly to invest in Bowman’s Best instead of 1st Bowman autos? Of course!

Here are the reasons why:

Bowman’s Best will never be on the same level as the traditional Bowman line. The point of this was not to suggest you buy Bowman’s Best instead. It was to educate on how an alternative investment can increase while a player is on a hot streak.

If you want to get in on a big-time player but don’t have the funds to grab a 1st Bowman auto, a Bowman’s Best auto is not a bad alternative by any means.

Will you be picking up any Bowman’s Best autos? 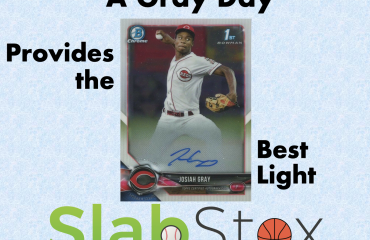 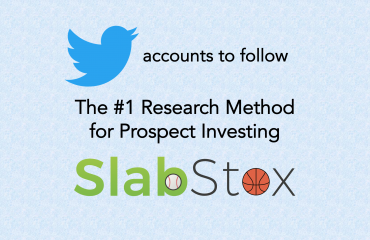