Over the last couple of days, I have received an overwhelming amount of support from SlabStox followers on multiple different platforms. I want to thank all of you for reading our analysis and viewing our graphs on Instagram. We got a lot of good feedback that will be used in future content.

I shared my color multiplier on Blowout Forums, and I was contacted by a member there. He offered a lot of good advice, one of which led me to this post. He was curious about the first sale to the last sale for the Top 5 and why the prices reacted the way they did.

For each prospect, all BGS 9.5/10 base autograph prices (both auction and fixed listings) have been compiled and put into a graph. I used my own discretion to remove outliers to better the results and insights of these graphs. I have determined which sales were “key events,” and I will provide an analysis for the change in pricing.

I could go on all day with analyzing these numbers, but I will keep it to the percent change year-over-year and the key events, so I do not lose anyone in the numbers.

At one point or another, I have owned a card of each of these players. For fun at the end of the article, I will reveal how I did on the five sales.

This is the first sale of Lewis gem that eclipsed $225. In June, Lewis hit 5 HRs, had 22 RBIs, slugged .604, and an OPS of .984. At 19 years of age, this warrants a big price spike of 29%. This is also around the time MLB Pipeline does their midseason rerank, and there is a good chance that contributed to the price jump. (Pipeline does not archive their midseason rankings).

Through the off season, Lewis’ prices were all over the place, with one big sale of $280 happening. On the 26th, MLB Pipeline made Royce Lewis the youngest player in the Top 5. The $230 is $6.76 lower than the previous one, but I imagine these will be trending up quickly.

Throughout the offseason leading into the 2017 season, Robles saw nice gains. A large bump occurred when he got reranked at 6 in February. Robles decided to kick it back into gear and by the end of May, he hit 5 HRs and had over a .921 OPS in April and May. 2015 Robles was back. After his hot streak, his gem increased 61% from the last sale in March.

After making his MLB debut with a September call-up in 2017, Robles got ranked 4 in the 2018 rankings. With prospectors hopeful he would see a lot of time in the big leagues in 2018, the first couple $200 sales occurred in March. Injuries and Juan Soto had other thoughts.

On April 11th, Robles sustained an elbow injury that kept him out until July. Injury shock occurred, and within a little over a month, his gems dropped 36%. What I get from this is a couple investors got scared and took quick cash, but within a month, they were back in the $150-$175 range. He did get some MLB action again at the end of the season, but he was able to maintain his prospect status due to not breaking the 130 at-bat or 45 days on the National’s active roster threshold.

With this being Robles’ 4th time in the top 10, you have to ask yourself if prospect fatigue is going to set in soon (see, Brendan Rodgers). He is so talented and has the tools to be an All-Star next to Juan Soto, but it is starting to feel like if it’s not now, it’s never.

From the get-go, Eloy’s prices were hot due to him getting a Bowman Chrome Autograph in 2017, after he was already ranked at 23 in 2016. On July 13th, Eloy was dealt to the White Sox in a trade that will define the White Sox’s future. Going from one of the biggest markets in the game to a way smaller one hurt his prices, dropping his gem 37% just for moving from the North to the South.

Trade shock is a real thing; however, production can make people forget. To end the season in AA with the Sox, Eloy had 3 HRs and slashed .368/.400/.614 with a 1.014 OPS in August. While it was not immediately realized, finally in December people started to go in and his gem jumped 67% from when the trade went down.

I am going to chalk this one up to offseason dip and MLB postseason money transition. After a crazy July, he had a great August too. What was I doing in October not grabbing these two sales for $255 and $256?

Entering the 2019 season at age 22, this is the year the White Sox finally get their act together (hopefully) and let us see what this beast can do. Assuming they will wait to call him up until May and save the year of control, the excitement and hype will be off the charts. I for one, cannot wait to see him play in the MLB. This one from two summers ago still hurts.

Tatis Jr. went from off the grid to almost top 50 in one season. After he landed at 52, his gems went up 122%. So far, Tatis has the biggest percentage increase out of the top 5 prospects.

There probably is another case like Tatis, but he went from 52 to 2 (or maybe more like 7, MLB archives are not making it easy on me) just like that. In three months his gems rose 130%. Tatis was poised to explode in 2018.

Once again, a top prospect gets injured and prices tank. On July 21 (the very day a gem sold $350), Tatis hurt his thumb while sliding headfirst into second base. After 2.5 weeks, his gem dropped 36%. Scooping these up after his injury would have paid off in a big way.

For the second straight year, Tatis got ranked in the top 2, something that will surely bring his prices up. With being 20 years old for all of the 2019 season and knocking on the door for the starting shortstop job in San Diego, the close to $400 price is becoming a reality.

For the first time, a Vlad Jr. gem ran over two bills for a percent increase of 39% from before the season started. The power was not there yet for the 18-year-old kid who has been around power his whole life with his dad. However, for his age, the contact was (.300+ the April/May/June), and with growth and maturity power develops.

The next stop is $840 for Vlad gems. One of the highest prices of all-time for a pre-MLB debut Bowman Chrome Autograph sale. You think $840 is a lot? Just wait 12 more days.

“He’s too big… he can’t support his weight… he will strain muscles all the time.” For once, the haters (more like the people who didn’t buy at $200) finally got their wish. Around June 7th, Vlad pulled up running to first base and strained his hamstring. Once again, a huge drop. AKA: a buying opportunity. Someone got scared and dumped a gem leading to a 40% decrease in his prices.

Vlad topped the 2019 Pipeline rankings to no one’s surprise. Winter fatigue or subgrades led to this $911 sale, but I will not be surprised when these are consistently $1,000 a gem come March.

If you take one thing away from all of this… buy top prospects when they get injured!

These are straight from my massive investment spreadsheet. I graded the Tatis myself and flipped it in a month. The Eloy was bought and sold in two weeks and was only a base autograph. All were sold on eBay except for Vlad and Eloy (no fees). But so everyone knows, I do keep track of my fee expenses! 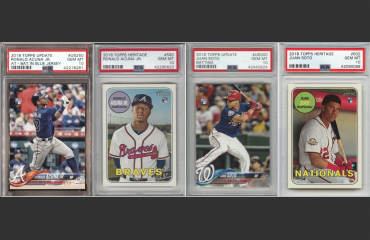 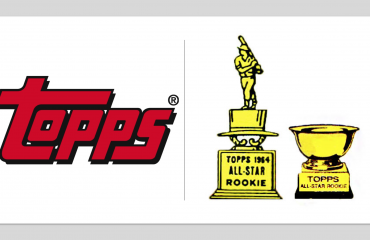 Five Cards Everyone Needs In Their Investment Portfolio