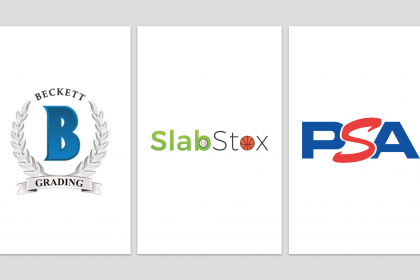 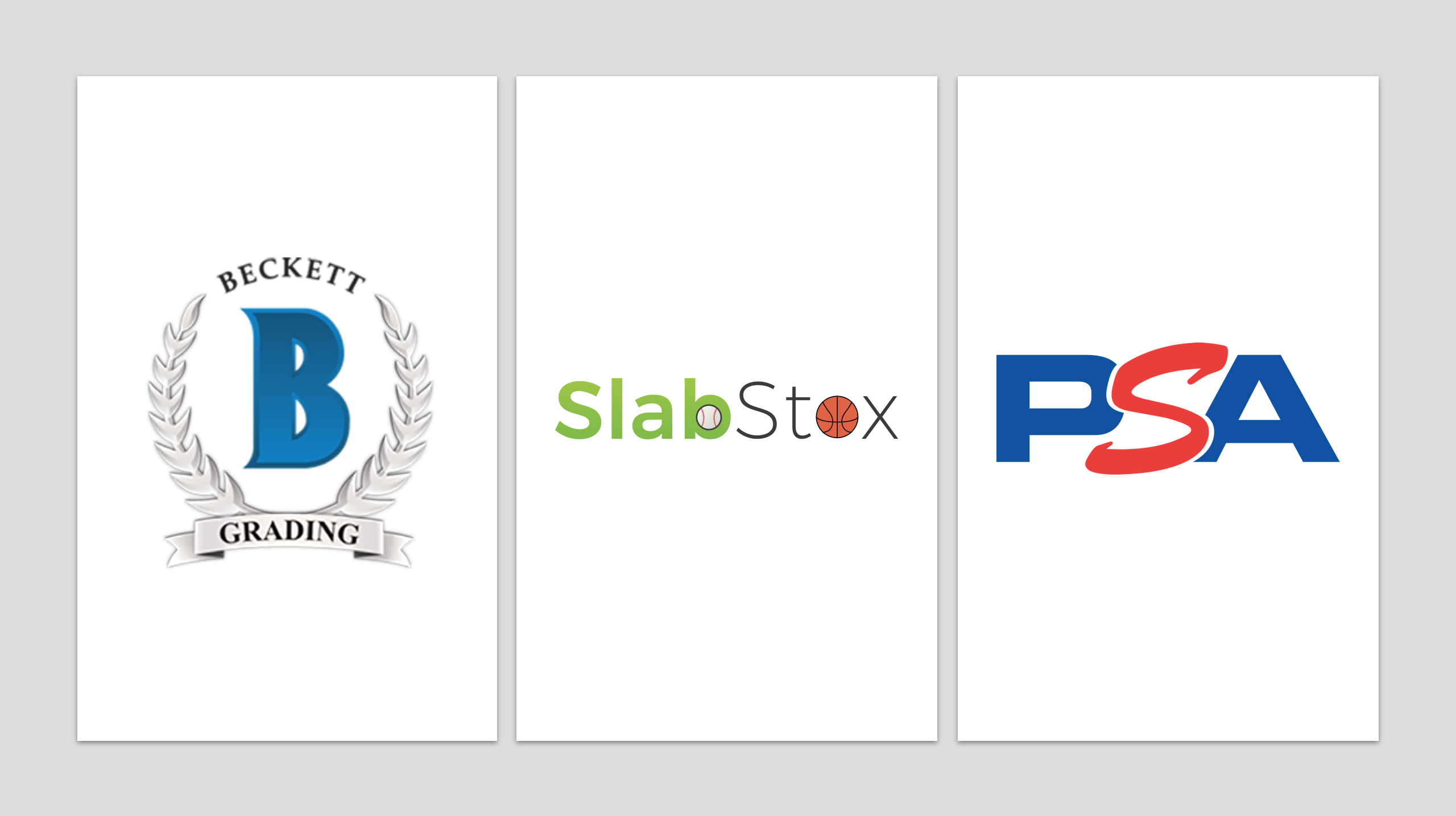 After refining it for a month, the SlabStox grading multiplier is here.

This grading multiplier was created using over 1,200 base auto sales from the past few years. I tried to pull in a diverse amount of time periods accounting for differences in prospects’ life span, meaning, not every sale was taken when they were top ten prospects.

Before viewing and using the grading multiplier, there are a few notes to point out. 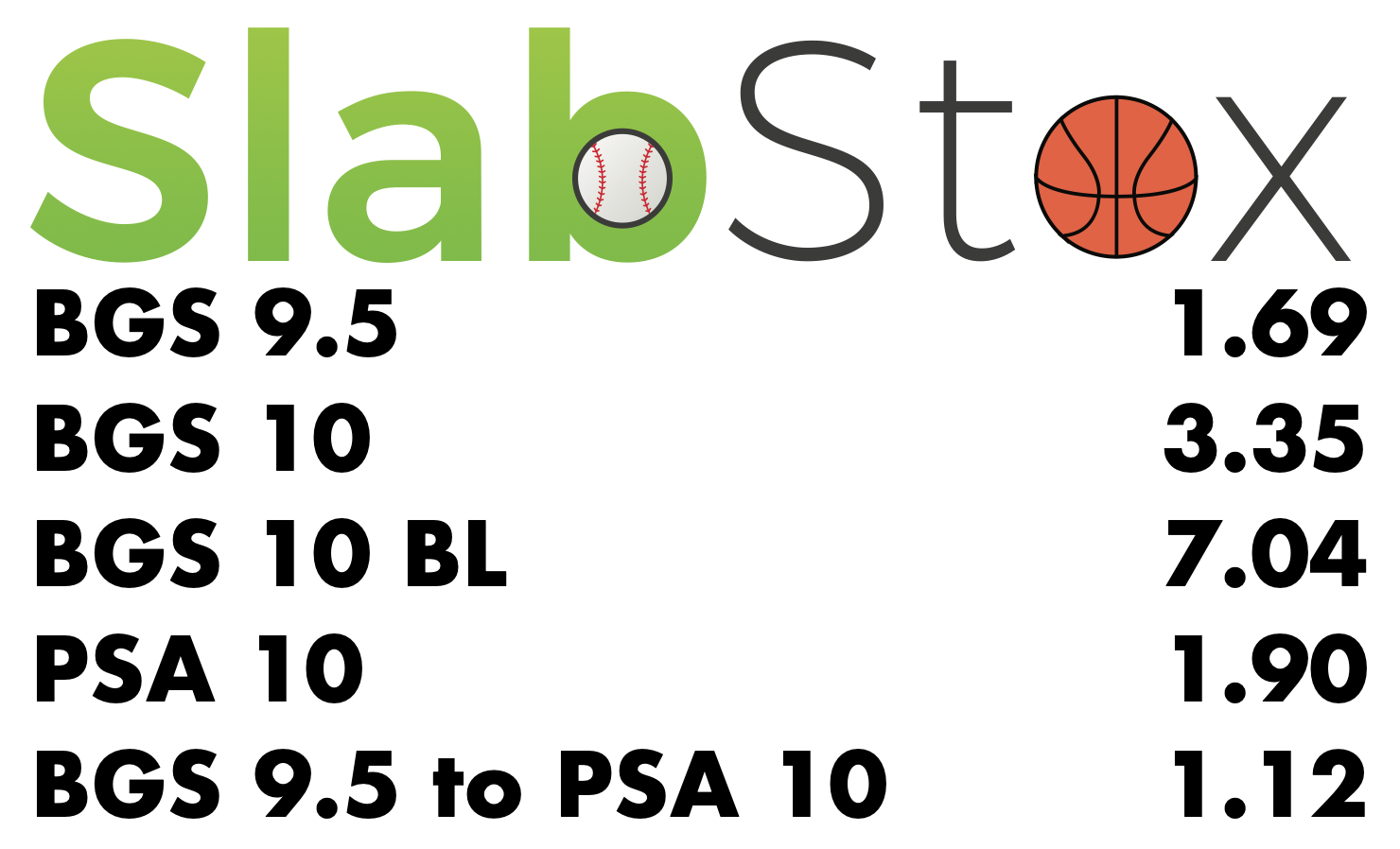 Now for some examples.

Listed is each prospect’s multiplier prices (based off of recently sold base autos), their actual value of the graded cards, and then the difference between the multiplier and the actual value. 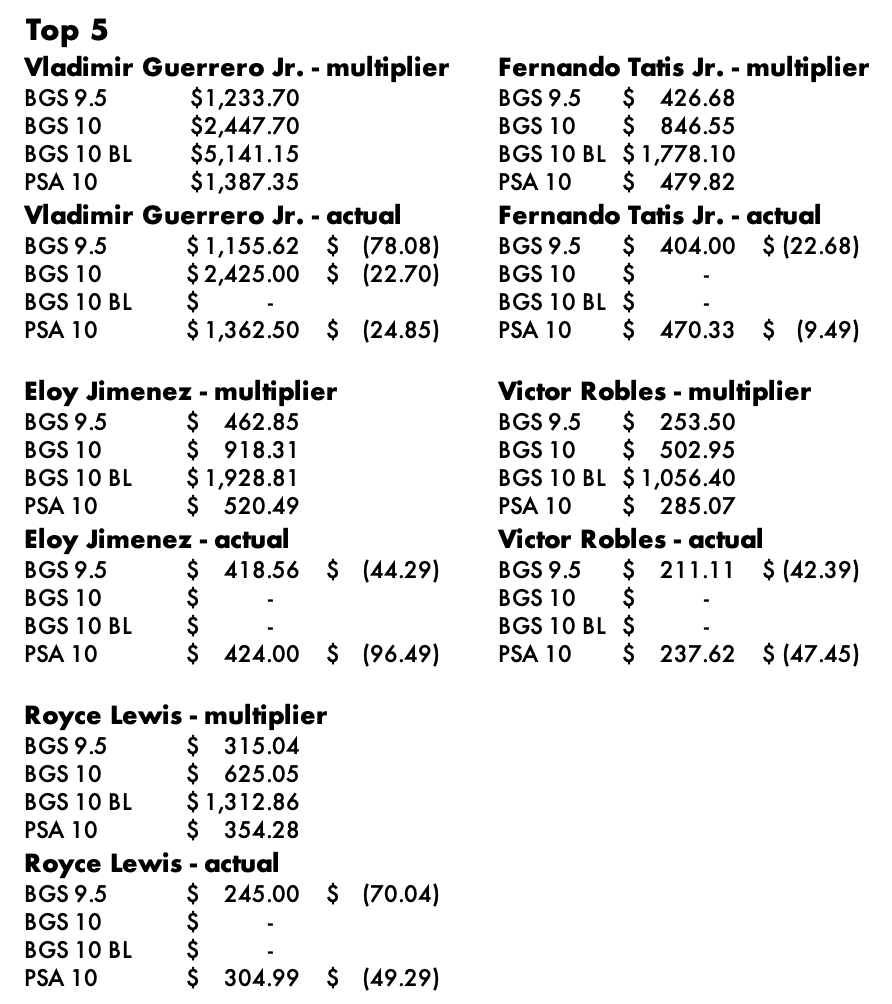 For the top five, there is a big difference. The closest one is the Fernando Tatis PSA 10 within around $10. The good news is there are plenty of eBay sales for you to judge your cards off of, so there is no need to use the multiplier on those guys.

To give a glimpse into the actual multiplier of top five prospects, here are their current numbers. 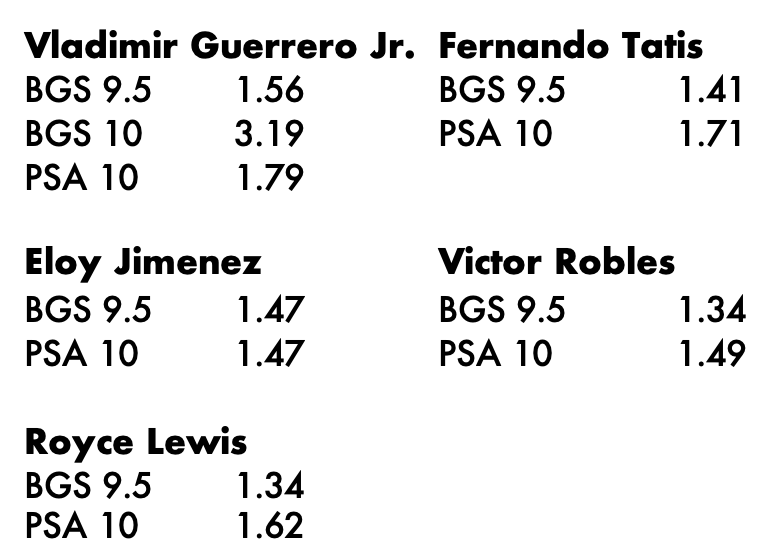 Next up are four top 100 prospects to show how the 25 to 100 range compares. In my opinion, these are closer to the type of prospects a multiplier would need to be applied to anyways. 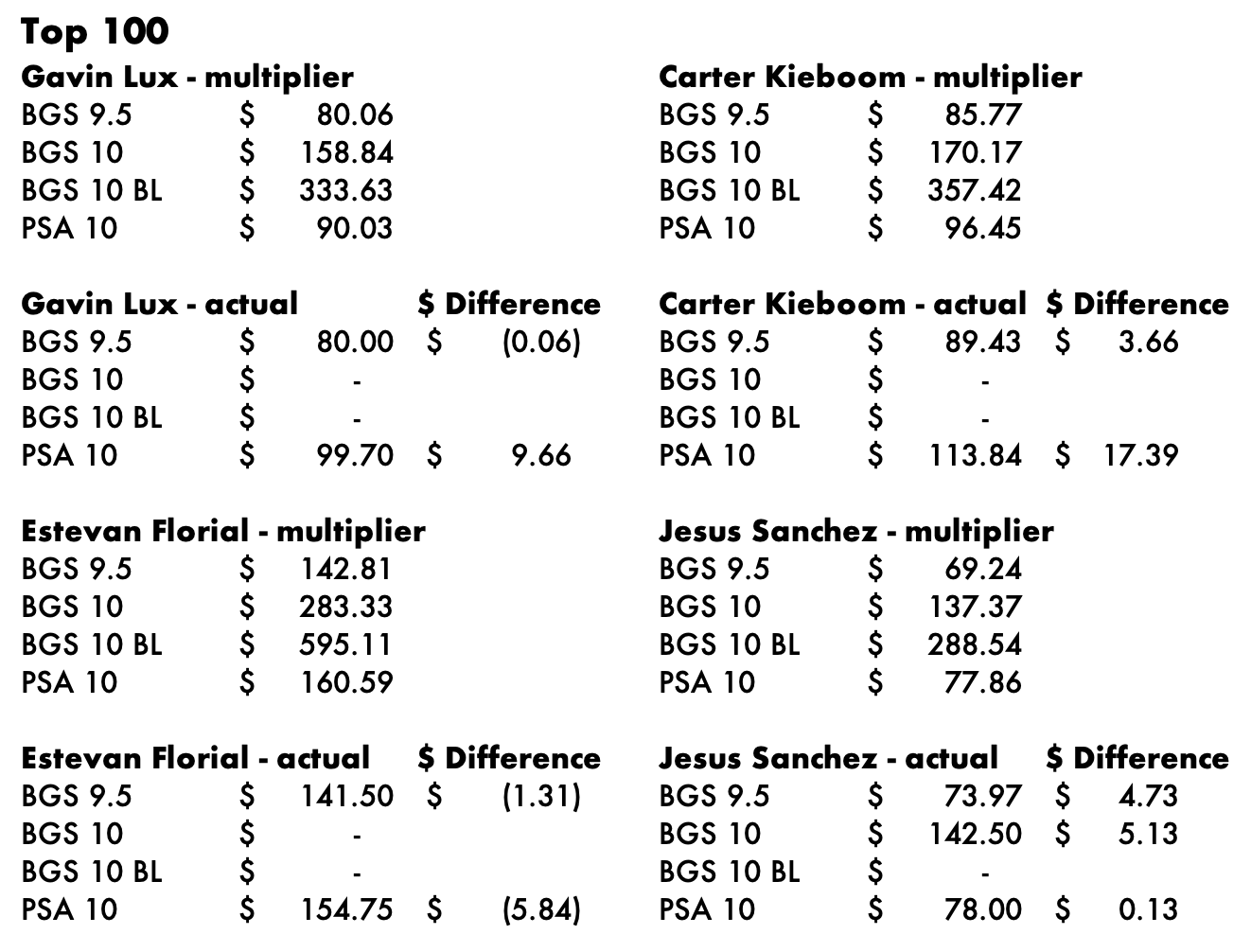 If all of the actual BGS 9.5 to PSA 10 multipliers of the prospects above were averaged, it would be 1.17, which is close to the SlabStox multiplier of 1.12.

My hope is this answers some of your questions based on the price difference not only between ungraded and graded, but PSA and BGS as well. Clearly, the BGS 10 potential is worth it for cards that appear to be Pristine. However, if there are cards you think are either BGS 9.5s or PSA 10s, PSA will yield the higher value.

Previously on SlabStox: Stop, Drop, and Sell: 4 MUST Sell Prospects

Next on SlabStox: BGS 9 and PSA 9 Multiplier 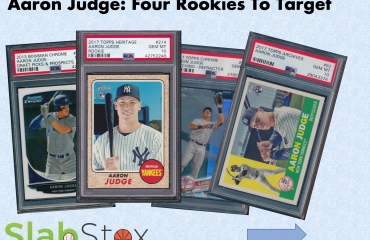 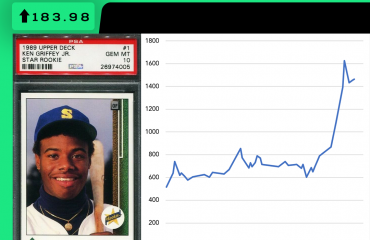