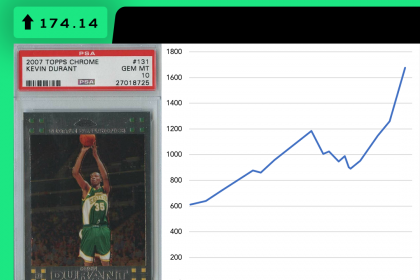 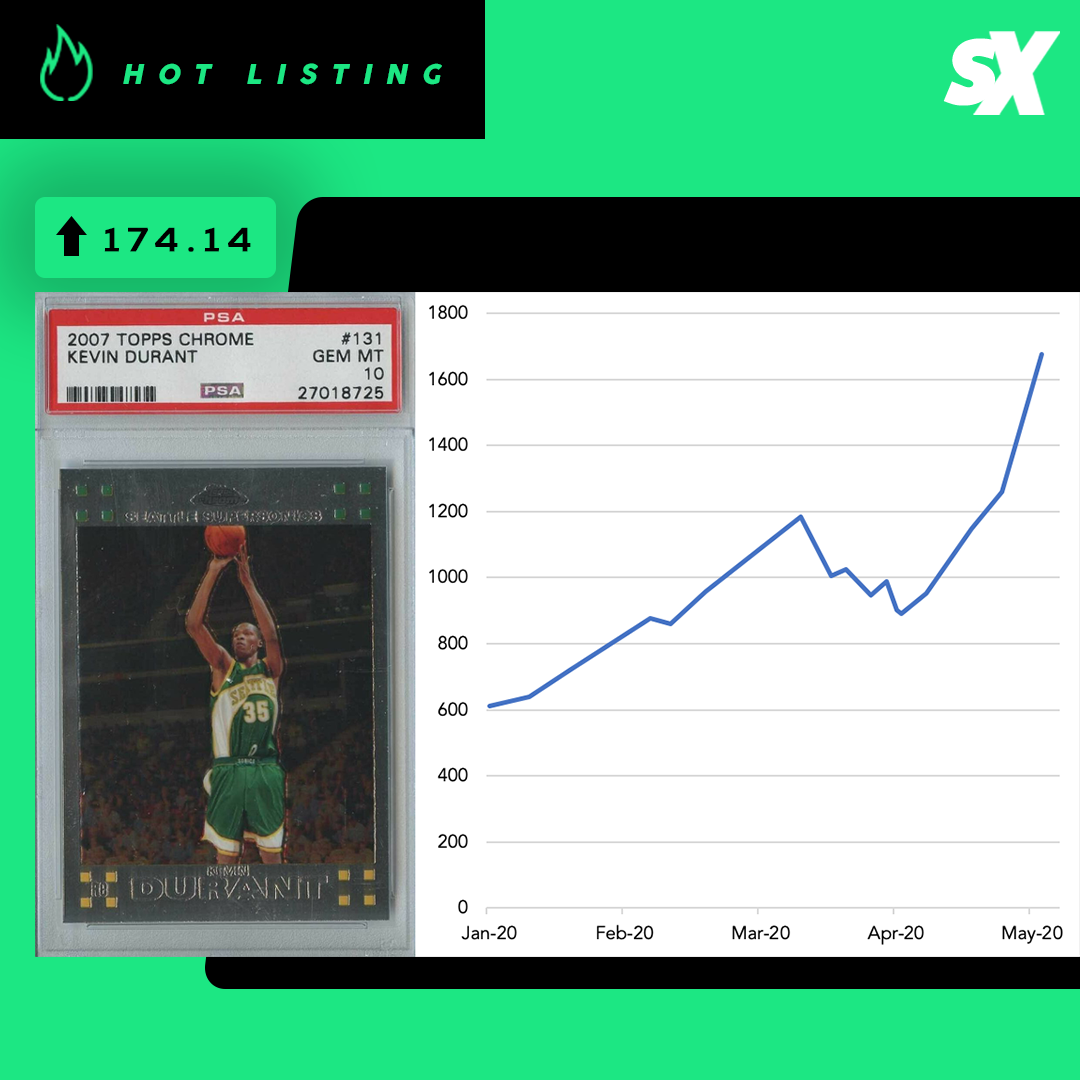 In what seems like a rise across the board, KD is the latest player with a Topps Chrome RC PSA 10 to land on our market report. Over the last two months, performance hasn’t been the driver of value, so what is for KD? Well, for starters the PSA 10 is rare. There are only 852 PSA 10’s in circulation out of a total 1,758 (48%). Next, he was vastly undervalued for his talent and what he’s accomplished in his career – most likely due to the public’s perception of how he left the Thunder. Lastly, a return to basketball is looming for KD; however, is that really a benefit? @hoopsprospector wrote an article on KD’s injury going forward, and well, it wasn’t a great outlook. The next paragraph is a quote from the article.

“A research study done in 2013 followed the remaining career of 18 NBA athletes that had ruptured their Achilles and had a surgical repair. Out of those 18 players, 7 of them never played in an NBA game again. Only 8 of the players went on to play for more than 2 seasons after their injury, although they went on to miss an average of 55.7 games with a PER (player efficiency rating) reduction of 4.57. If Durant were to follow along these lines, it would equate to a fairly significant reduction in his overall performance.”

So, is KD’s return going to hurt is value? Or is it going to help? 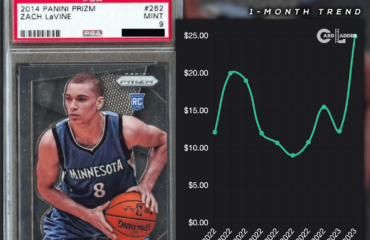 Zach LaVine Sports Cards and Bulls On a Roll 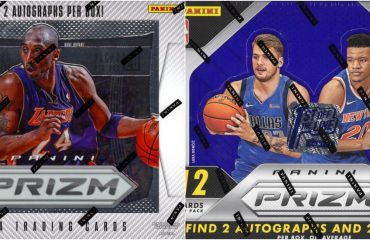 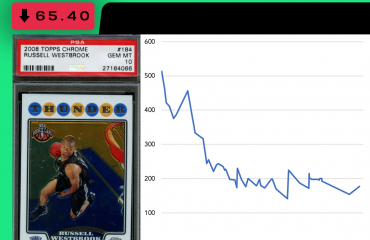